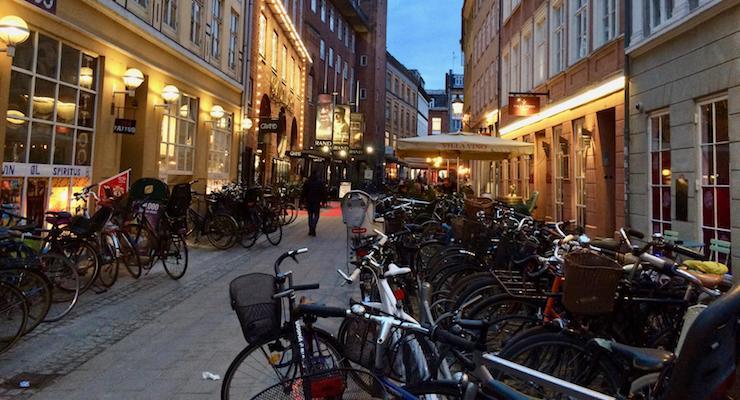 For my birthday last year my husband gave me my favourite kind of present: travel. Specifically, he gave me a trip to Copenhagen, a trip for just the two of us. It took us (him) a while to actually get around to booking the flights and hotel, but eventually, on an April morning 11 months later, we found ourselves getting up at the horrifically early hour of 4am in order to catch a flight to the Danish capital.

I was really looking forward to the trip, both for the chance to spend some time with my husband, and also because I’d never been to Copenhagen before. But I was also quite apprehensive, because we were leaving our kids home alone for the first time ever. We were only going away for two nights, and the kids were absolutely fine about it – after all our 18 year-old is in her first year of Uni, and our 14 year-old is in the midst of peak teen-ness and so not at all keen on hanging around with us. But I had my Mum, my sister, and a couple of lovely friends on standby anyway, just in case the kids needed a fully-fledged adult for anything whilst we were away. I needn’t have worried at all – they were absolutely fine, we had a great time in Copenhagen and everything went very smoothly.

We used meet and greet airport parking at Gatwick (booked with SkyPark Secure – I like them so much that I’ve arranged a 10% airport parking discount for you with them) so getting to the terminal was easy-peasy. As we only had hand luggage, we were through security and in the departure lounge in no time. Our flight (with Easyjet) was on time, and took just a couple of hours. When we arrived the weather was sunny, fresh, and perfect for sightseeing, and it stayed that way throughout our trip. From Copenhagen airport we took a train straight to the city centre and then walked to our hotel, the Marriott, a sleek modern building on the waterfront. By 11am we’d checked in and were being shown to our very swish room. 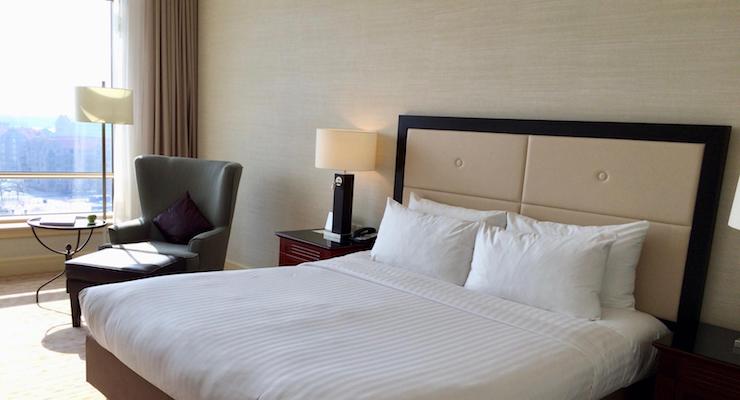 Our room at the Marriott, Copenhagen. Copyright Gretta Schifano

We had a quick drink and a snack in the hotel’s Executive Lounge (our room included complimentary access to this) and then set off to explore. We headed to the historic city centre in search of lunch, ending up at a quirky little place called Den Lille Gule on a side street called Mikkel Bryggers Gade. We sat at a table outside and had some yummy open sandwiches. These sandwiches are a Danish speciality – I opted for mozzarella, tomato and avocado in mine, and my husband had chicken and bacon in his. We had tap water to drink and the total bill was about £12. 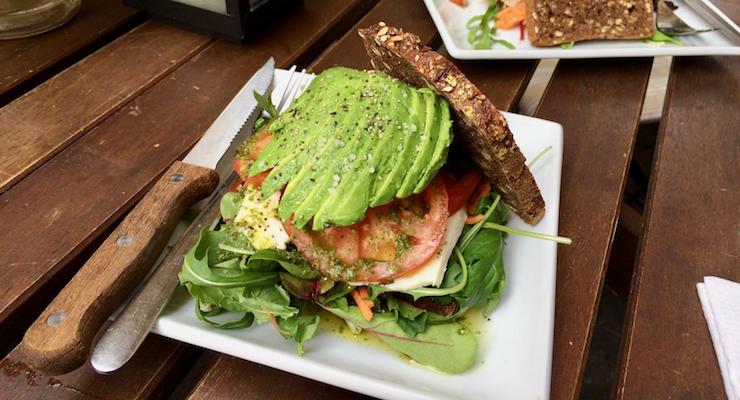 We’d booked a free guided walking tour for the afternoon – my husband had spotted it on the Visit Copenhagen website. Our very knowledgable and entertaining guide was Tor, from the Faroe Islands, and his English was perfect. Starting from the Town Hall and ending at the royal palace at Amalienborg, Tor led us around the main historic sites, stopping to explain things at various points along the way. He told us about fires, plagues, vikings, hygge, royalty, witch hunts, Hans Christian Andersen, WWII, the Carlsberg beer dynasty, and much much more. At the end of the tour we were invited to pay whatever we felt the tour was worth.

I really enjoyed the tour and I think that it gave us a good introduction to the city. The highlight for me was Nyhavn, with its colourful buildings and vintage boats, stranded here since the 1960s, when a bridge got stuck. 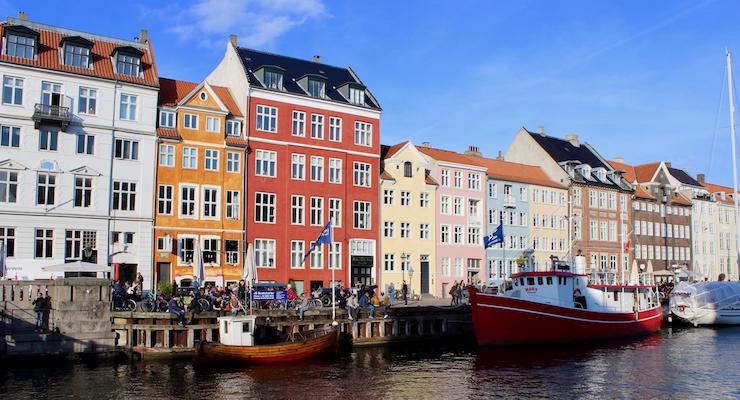 The end of the tour coincided with the changing of the guard at Amalienborg. This spectacle is all very open and accessible – there’s no barrier between the palace, the soldiers and the public. From here we popped in to Designmuseum Danmark (it has some amazing chairs on display) en route to see the iconic Little Mermaid statue, which is smaller than I’d imagined it to be. 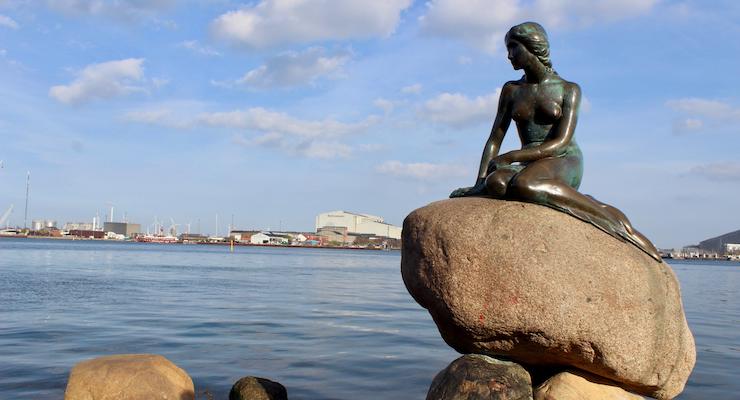 We had dinner at a buzzy restaurant called BOB, recommended by our hotel concierge. The atmosphere and service were great, the food was OK. I had a vegan celery dish which was just a bit too, too celery, and my husband had beef stroganoff which he said was tough. We drank water and a glass of wine each and the bill was about £60.

By the time we got back to the hotel I felt  pretty exhausted – when I checked my phone I saw that we’d walked 12 miles that day.

We had breakfast in the Marriott Executive Lounge and then hired bikes from the hotel for the day. 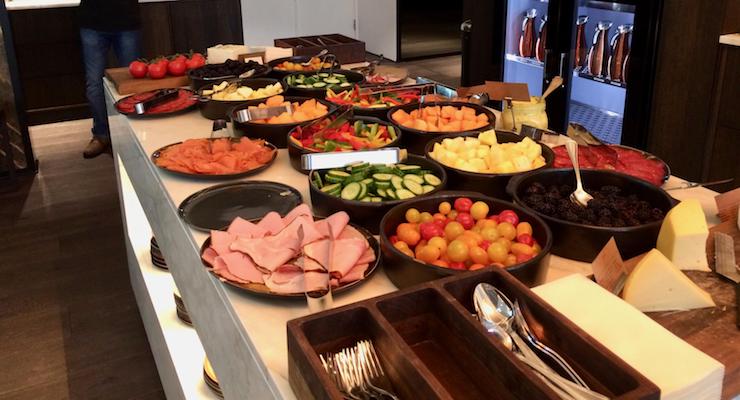 My legs were aching from the previous day, so it was great to have bikes and use some different muscles. Copenhagen is the most fantastic place for cyclists – it has dedicated cycle lanes all over the city, and it’s pretty flat, and so very easy to cycle around.

Our first stop was Christiania, a hippy commune in a disused military barracks which started in the 1960s and is packed with quirky buildings. Cars aren’t allowed in Christiania, and it was very quiet there first thing on a Sunday morning. Next we went to Paper Island, where there’s a wide range of street food stalls in an old warehouse. Outside the warehouse was an installation by Yoko Ono called Wishing Trees, where you can write a wish on a label and add it to the branch of a tree.

From there we headed to Rosenborg Slot, a historical Royal summer palace which is in pretty Kongens Have park. We didn’t go into the palace as it was closing, but we walked around outside it. 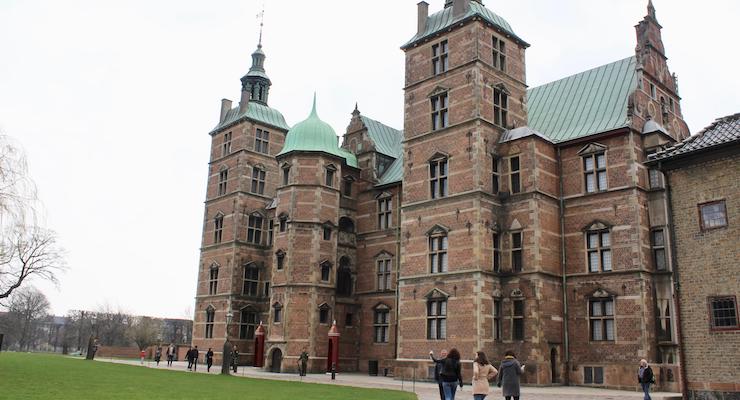 We had lunch at Torvehallerne, a famous covered street food market. We bought open sandwiches (salmon for me, chicken for my husband) and a beer each from Hallernes Smorrebrod, and found a bench outside to sit and eat. We were slightly shocked by the price, especially as it was basically a takeaway: we paid about £26 in total. 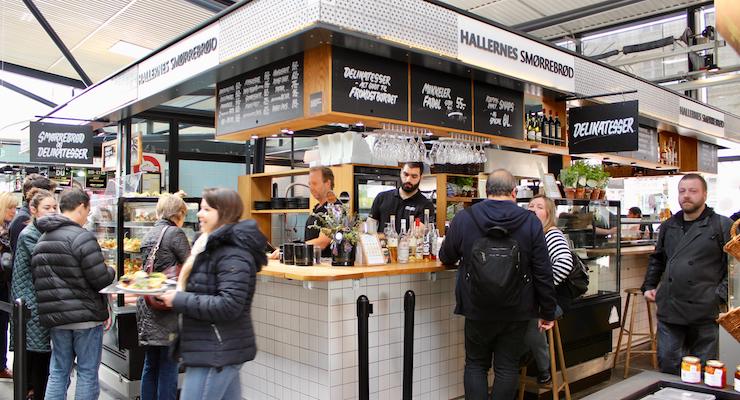 Then we cycled to the National Gallery (which is free to enter) for a quick look around and on to the National Museum, which looked very interesting but which we couldn’t go in as it was closing.

Back at our hotel we had some wine and snacks in the executive lounge while we figured out where to have dinner. After scouring online reviews and talking to the concierge we opted for The Olive, which turned out to be a good choice. The Olive has a cosy and sophisticated atmosphere, great service and excellent food. I had salmon, my husband had ribs then steak, we both had wine and water, and the total cost was about £71.

After breakfast at the hotel we walked to Tivoli amusement park (sadly not open during our trip) to pick up a couple of city rental bikes for a few hours. You can collect these bikes from various points around the city, and you can return them to any of the rental points once you’ve finished with them. We’d already made an account online, so we just needed to enter our account user name and password in order to borrow the bikes, which are electric, and which have a GPS screen on the handlebars. You pay for these bikes by the hour and the hourly rate is about £3.40. 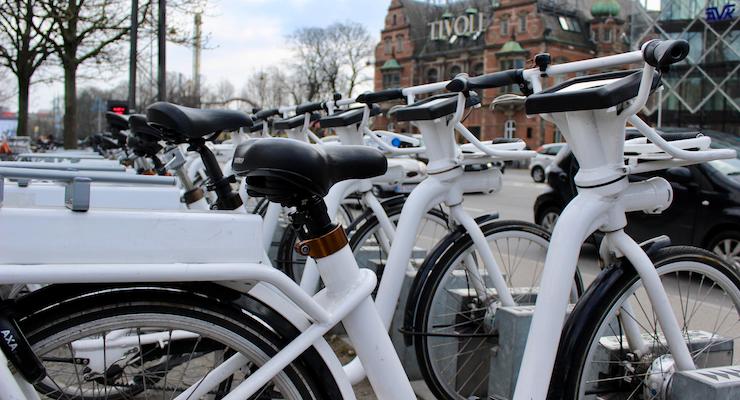 We only had a few hours before we had to head to the airport. We cycled to the trendy Vesterbro area of the city, parked our bikes and browsed some design shops. From there we cycled out of the city centre to the famous Carlsberg factory – we didn’t have time for a tour, but I’d like to go back and spend some time here. Back in the city we climbed to the top of the Round Tower to enjoy the views above the city rooftops. 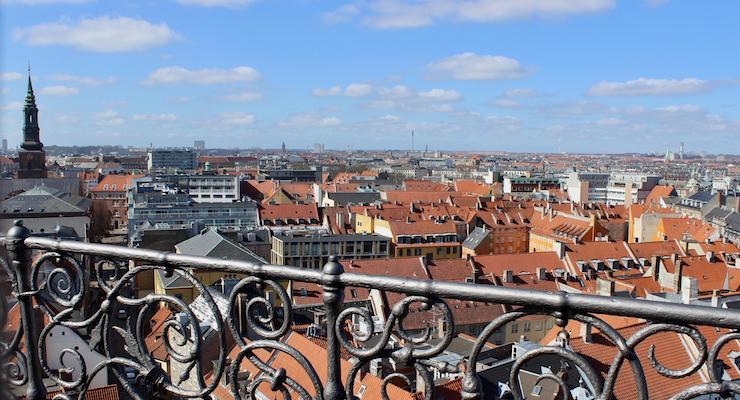 After returning the bikes to a cycle point by our hotel, we packed our bags, checked out and headed to the station and on to the airport. Our flight was on time, a driver was waiting for us at Gatwick with our car, and we were back home with the kids by 7.30pm.

I really enjoyed our weekend in Copenhagen. It’s a very interesting place which is easy to explore on foot or by bike as it’s so compact. I’d like to go back and spend more time in the museums and galleries and also to see the Tivoli amusement park. It felt a very safe, easy place to be, and everybody that we met spoke English. I found the prices quite expensive. I liked staying at the Marriott – the location was great and it had everything that we needed. 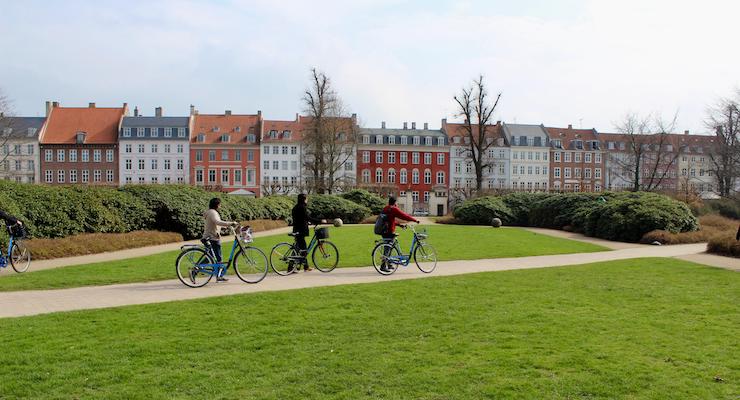 Is there anything else that you’d like to know about our trip? If you’ve been to Copenhagen, do you have any tips about things to see and do there? If you haven’t been, is it somewhere which you’d like to visit? 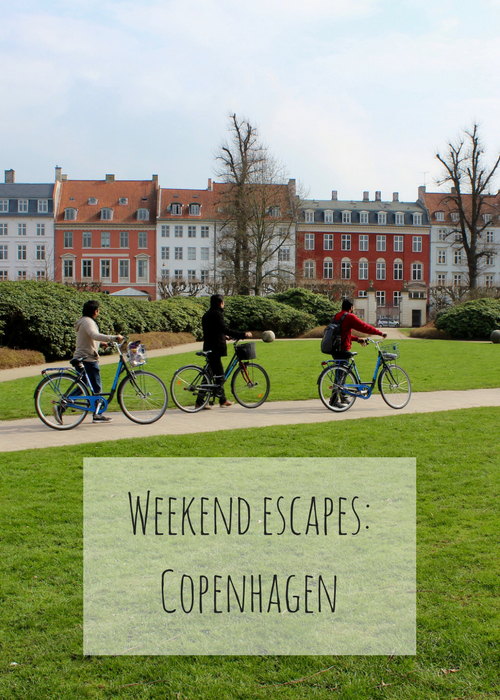 For more city break ideas, check out some of my other posts:

A short trip to Lisbon – relaxing in the Portuguese capital