As a family, we love Sicily, and it’s not just because half our ancestors come from there. The “ball” being kicked by mainland Italy’s “boot”, Sicily has so much to offer and also feels very different to the mainland. If you’ve visited Italy before, Sicily will be familiar but will also feel very different to Rome, Tuscany or Naples. I’ve been going to Sicily since I was a baby, and I think it’s a great place to visit for families with children and teenagers. 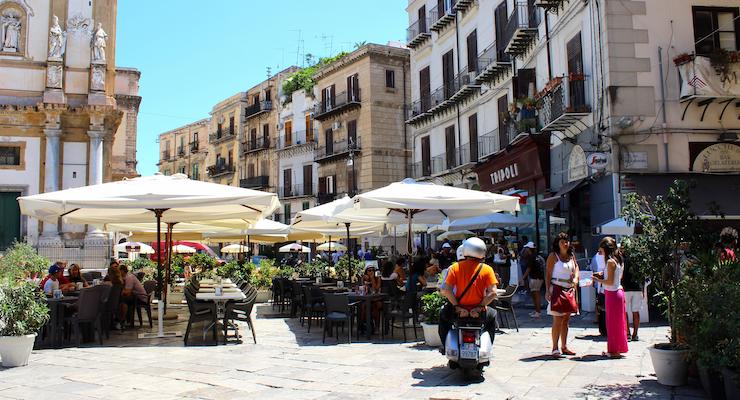 Historically, Sicily has been a highly contested piece of land, as it is right in the middle of Europe and Africa in the Mediterranean Sea. Thanks to this, its culture, food and architecture features effects of the ancient Greeks and Romans, as well as having Spanish, Norman and Arabic influences.

Sicilians are friendly but it doesn’t feel like they hassle you too much. The island is so far south that the weather is still beautiful in spring and autumn, but I’d recommend avoiding August, when it can be very crowded and extremely hot.

Here are some of the best things to see and do in Sicily for teenagers. 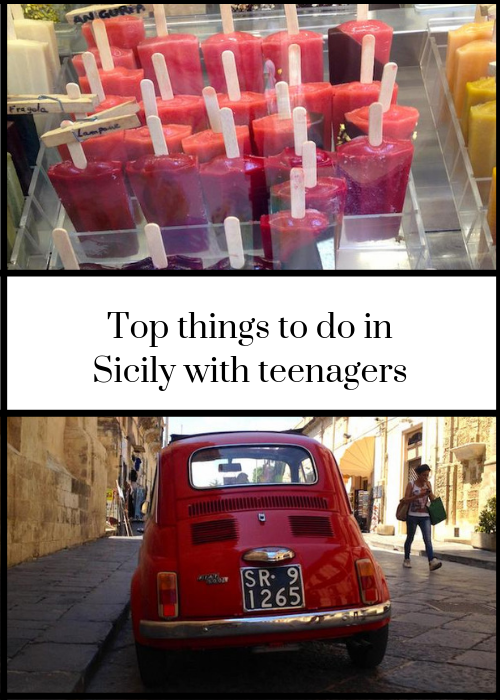 On a trip to Sicily we went on a fantastic street food tour of Palermo’s expansive markets, sampling a huge variety of the food they have to offer. Syracuse also has an excellent food market, where there’s loads of amazing food. Most towns will have a market, however, even if just once or twice a week, so wherever you visit, be sure to find out when the local market is on.

Sicilian cuisine of course features the Italian classics of pizza, pasta and gelato, but also has some more local dishes, thanks to its many different historical influences. Firm favourites of ours are cannoli, pastry tubes featuring a hard outer shell and a filling of sweetened ricotta or chocolate, and granita, a drink that can only be described as an ancient Italian Slush Puppie. Shaved ice is covered with fruit juice (my favourite is lemon-flavoured granita), coffee or any number of other things to flavour it. 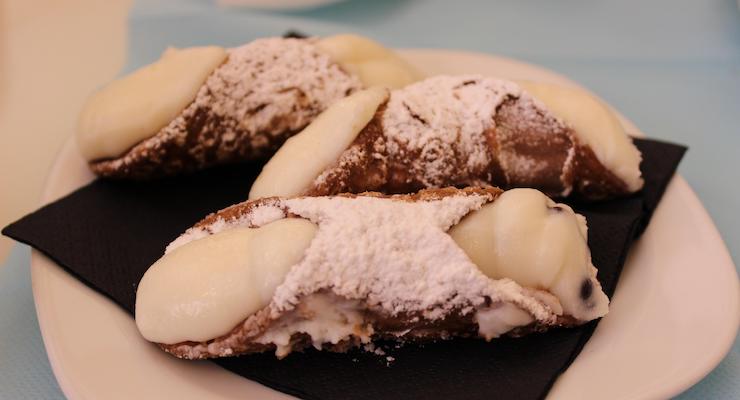 Agrigento’s Valle dei Templi (valley of the temples – although it is actually on a raised ridge, not a valley) is a UNESCO World Heritage Site and a must-see for anyone visiting Sicily. The Ancient Greek temples are vast and breathtaking. There are information boards in English, and there are also tour guides available. 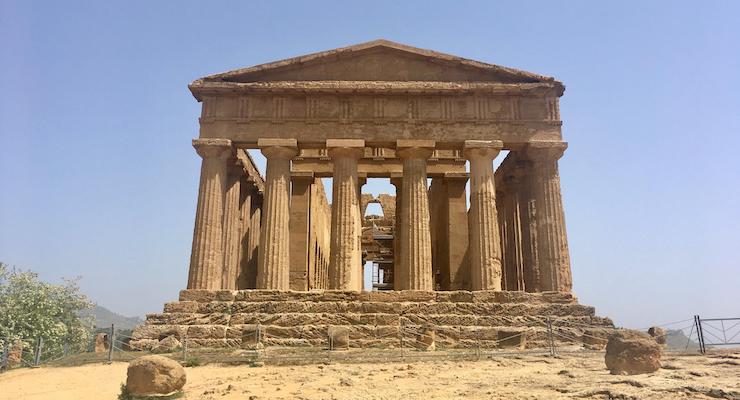 I’d recommend getting a taxi to the other side of the ancient ruins at Agrigento from where you’ve parked, as the site stretches over quite a way. Then as you walk through the site, you’ll finish sightseeing when you’re back near your car.

Ancient Roman relics can be seen at Villa Romana del Casale in Piazza Armerina. Villa Romana is a huge, grand Roman villa which contains one of the largest and most varied collections of Roman mosaics in the world. You can walk through the whole villa and its gardens, admiring the mosaics and learning about what Roman life was like, both for the rich owners of the villa and their servants. Like Agrigento, the information boards are also in English.

Take part in a festival

Italians love their many, many Saints, and also love a party, so you could probably find some sort of festival going on at any given moment in Sicily. The religious parades over the Easter weekend, which take place in every town, are absolutely fascinating to watch, as we have nothing at all like them in the UK.

In May, the city of Noto celebrates the Infiorata Festival by covering a whole street with elaborate designs made from flower petals. Ragusa also celebrates in May, where the Festival of St. George sees food and a grand firework display. The 15th August is Ferragosto, a nation-wide holiday for Italy, where every town will celebrate with fireworks and food. 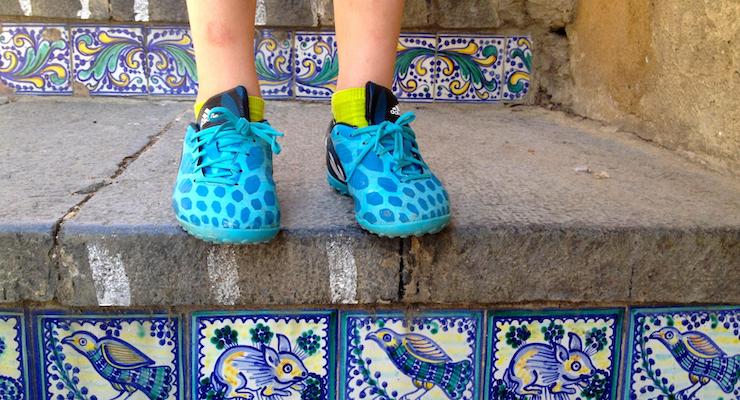 Sicily’s Mount Etna is Europe’s highest active volcano, and you can go right to the top of it – although you need to drive, catch a cable car and then either hike or get in a tour truck to get there. You need sturdy footwear, and a jacket as it’s cold at the top, but the view is amazing. Plus it’s pretty cool to say you’ve been up an active volcano.

As Sicily is an island, you’re never too far from the coast, and it boasts many amazing beaches. If you look online, it feels like there are millions of stunning beaches all over Sicily, so I’d say just to research the best beaches for the area you’re staying in. San Vito Lo Capo has a white sandy beach and is said to be one of the nicest in Sicily, whilst Sampieri has golden sand dunes. The Scala dei Turchi’s stunning, bright white cliffs look like a staircase and overlook a beach. 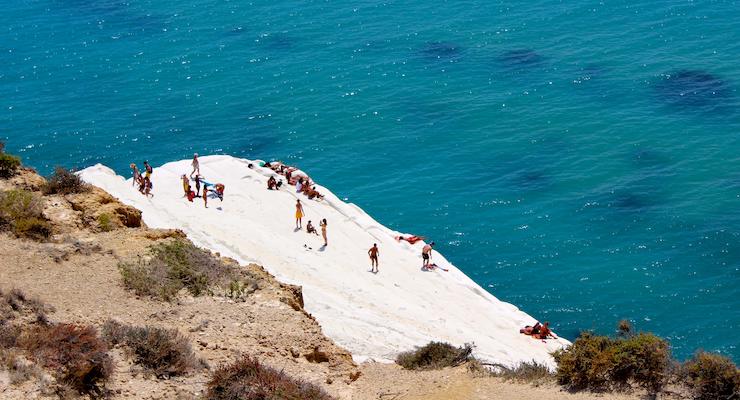 As a family we love the seaside town of Cefalù, which has beaches, amazing restaurants and a great view of the sunset every night. There are several nature reserves in Sicily, such as the Vendicari nature reserve and the Belice nature reserve. These have slightly quieter beaches compared to the ones near resorts, and you’ll also be able to see nature and wildlife at the reserves.

Etna Land is the biggest amusement park in Southern Italy, and features both a theme park and a water park, with lots of different water slides, pools and a lazy river, as well as a couple of rides. There are several other water parks in Sicily, such as Arethusa Park in Syracuse, Acqua Verde in Cefalù and Acquapark Conte in Sommatino. 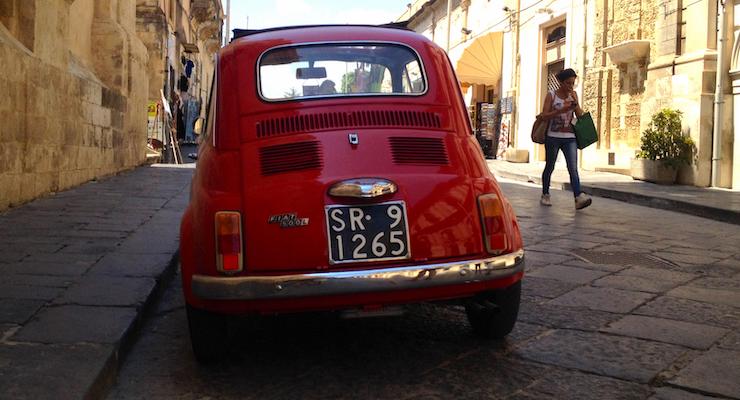 If you’ve been to Sicily, what were the highlights for you? If not, would you like to go there?