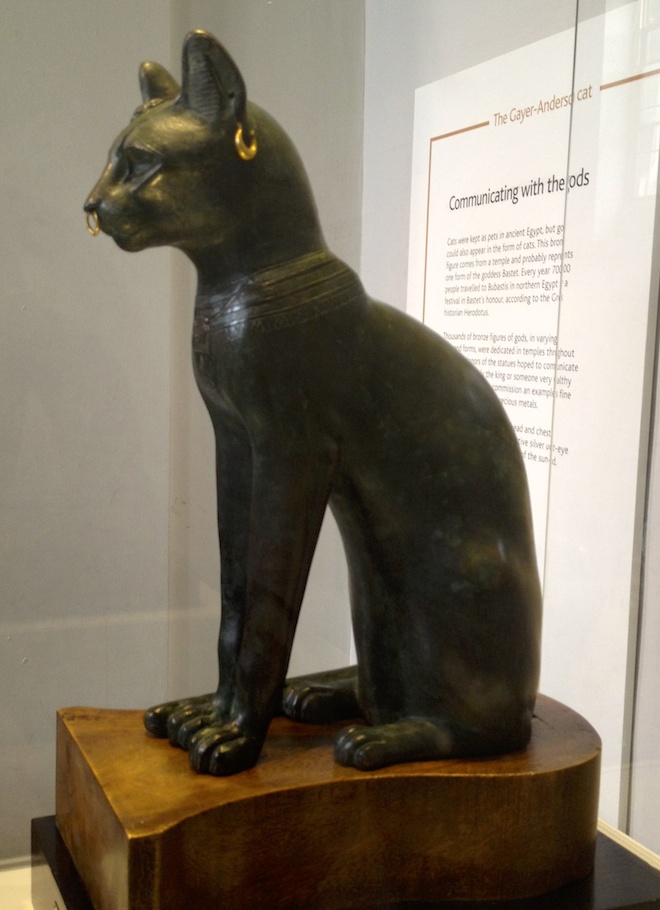 My favourite object at the British Museum is a bronze statue known as the Gayer-Anderson cat. I decide this as I read its description when I visit the London museum with my teenage daughter and Sergio, her Spanish exchange student. Apparently this cat, a beautiful, ancient artefact which is now carefully lit in a glass case in one of the leading museums in the world, was owned by a Major Gayer-Anderson in the 1930s. Using x-ray fluorescence, scientists have discovered that the Major repaired a large crack in the cat’s body and wedged a metal cylinder inside its head. I’m not sure how the cat was damaged but it could have been a jive and swing related accident. Possibly. Anyway, once repaired, the cat was covered with green paint, cunningly disguising what had happened to it until the x-rays revealed all in 2007. I love this story.

London’s British Museum was the first national museum in the world and was opened to the public in 1759. Entry was free, as it is for the six million or so annual visitors today. The museum houses a vast collection of artefacts (more than eight million) from human history and culture. Its beautiful Great Court covers two acres and is the largest enclosed space in Europe.

Sergio asks to go to the British Museum because he’s fascinated by ancient Egypt and the museum has a superb collection of artefacts from this period. The first thing we see when we enter the Egyptian gallery is the famous Rosetta Stone. The stone contains the same text in both hieroglyphs and in Greek and so is key in the understanding of ancient Egyptian hieroglyphs. Sergio is delighted to see such a revered object, and we make our way around the Egyptian galleries taking in huge statues of pharaohs, some surprising mummified crocodiles and a giant scarab beetle. My teen is bored but also pleased that Sergio is enjoying himself. She stays out of the mummy room as she’s quite squeamish but I think she would have been fine if she’d gone in. 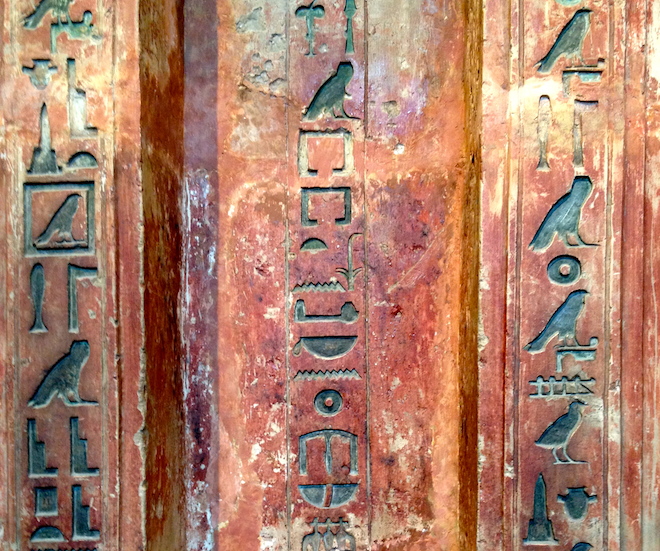 The museum offers an impressive range of things to do for families with children, many of which are free. At weekends and during school holidays there are activity backpacks available with puzzles, games and activities to do in the galleries as well as art materials to borrow. There’s a children’s multimedia guide (for a fee) and seven different family trails available to help you explore the museum. There are scheduled times to handle some of the museum objects in specific galleries. During the school holidays there are family events such as storytelling, art activities and film workshops.

A couple of hours is enough for us to look at the Egyptian displays. The kids are ready for a snack and Sergio’s keen to ride on a London bus. I’ll be back with my youngest another day – I think he’d like to see the mummies and the Viking gallery to start with.

Family travel lowdown: Entry to the British Museum is free but visitors are welcome to make a donation to help with running costs.