I know only a few words of German, but multilingualmum (aka Jane Welton) provided her expertise for this language printable: 10 useful things to say in German.

Jane is a freelance writer, translator and teacher living in South West London with her husband and their 11 year-old daughter.  Jane has spent a lot of time in other European countries and is bringing up her daughter speaking French and German as well as English.  She’s also worked as a teacher of deaf children so she’s interested in sign language as well.

This is what the German language printable looks like: 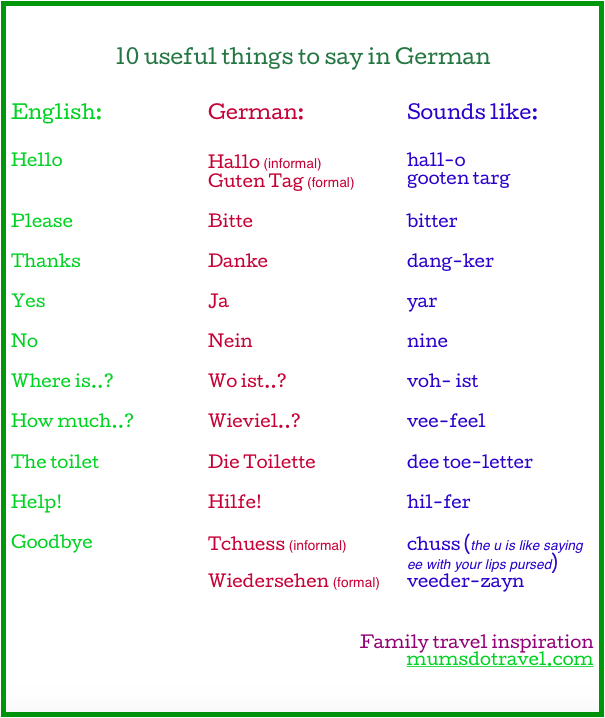 Jane says: ‘In Bavaria and Austria everyone says “Gruess Gott” instead of “Guten Tag”.  Originally it was like a short way of saying “may God greet you”! In Switzerland they say “Gruezi” (the z is pronounced like ts).’

10 useful things to say in German

and you can download my other language sheets here:

10 useful things to say in Dutch

10 useful things to say in French

10 useful things to say in Italian

10 useful things to say in Spanish

If you’d like to read about our travels in Germany, check out these posts about a trip to Berlin with my daughter: 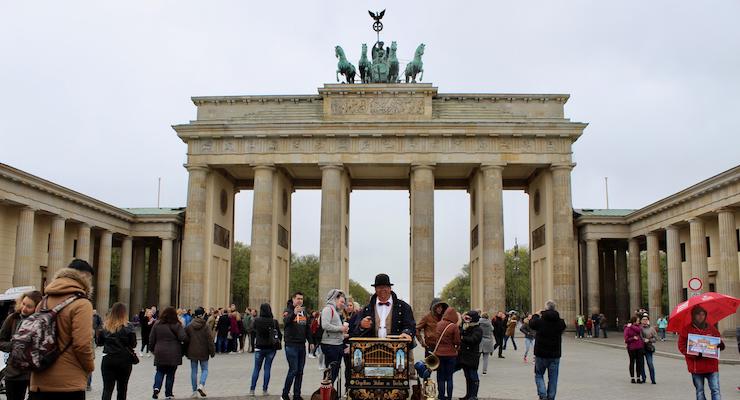 Which language would you like me to work on next? Could you help with a language which I haven’t covered yet?