One of the things which I like about travelling is learning to communicate in different languages, even if it’s only a few words. I’ve studied various languages over the years and I’ve spent time working as an English teacher in both Italy and Spain. I look very English and it often surprises people in Italy and Spain when I speak to them in their language. I like being able to talk to locals in their own language when we travel and I think that we sometimes get better treatment in places where we speak the language. I enjoy trying to work out the meaning of foreign words and I try to learn a few words of the local language when I’m visiting a new place too because I think that people really appreciate it.

I think that it’s great for kids to learn a few words of a new language when they’re on holiday. I always try to persuade mine to at least say please, thanks, hello and goodbye in the local language of wherever we are. It’s good for their confidence and it’s polite. It also helps them in their formal language learning at school: one of the biggest barriers to learning a language is the fear of making a mistake. In order to learn a language you have to be prepared to make mistakes, mispronounce things and be misunderstood. You have to be prepared to sound funny and maybe a bit stupid and not to mind. The most important thing is just to try to communicate, to say something and not to worry about getting it wrong. So if kids can learn to say a few words on holiday in the local language without feeling self-conscious when they’re getting an ice cream or a drink or looking for the toilets then that’s going to help them in their language lessons in general.

I’m creating a series of printable sheets of key words in different languages. Each printable will contain our top 10 useful things to say when you’re travelling. Next to the English will be the translation and the pronunciation. I’ve limited it to 10 things to say because when I was teaching English to children I remember that 10 was the number of new words that most of them could learn in a lesson. My kids have chosen the words to include and they agreed on most of them easily, except for one. My son, always a worrier, was adamant that we should include help!, in case of emergencies. My daughter disagreed but I decided to include it. 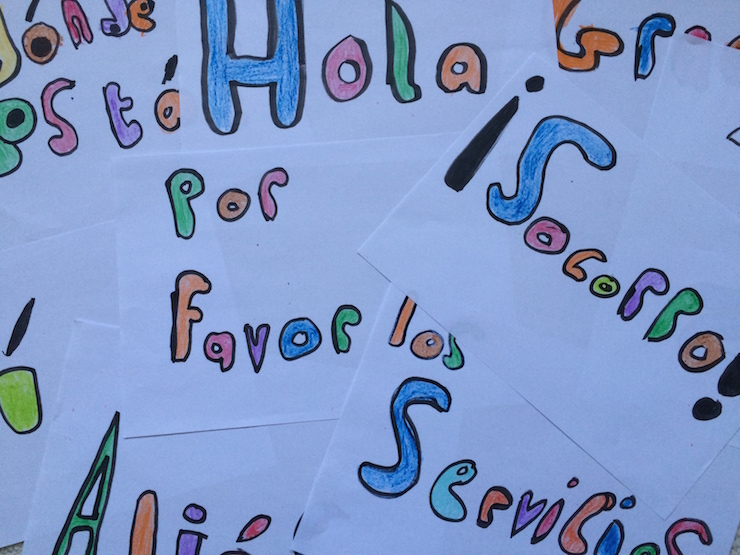 Our first Top 10 useful things to say in…. printable is for Spanish. I’m adding printables for other languages too – see links below.

If you’d like to use the Spanish printable you can download it for free by clicking the link below.

10 useful things to say in Spanish 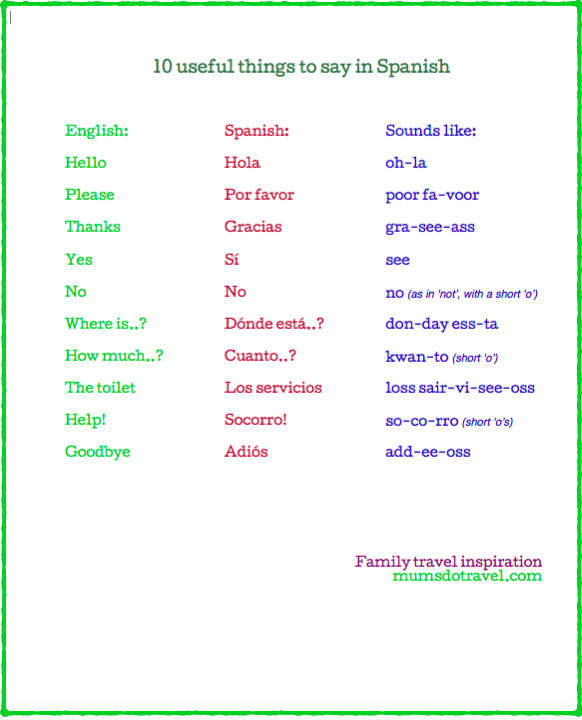 And here are my other language printables:

10 useful things to say in Dutch

10 useful things to say in French

10 useful things to say in German

10 useful things to say in Italian

If you’d like to read about our travels in Spain, here are some posts which you might enjoy:

What’s it like to stay at La Manga Club?

Things to do on the Costa Brava with kids

10 things I learnt in Menorca 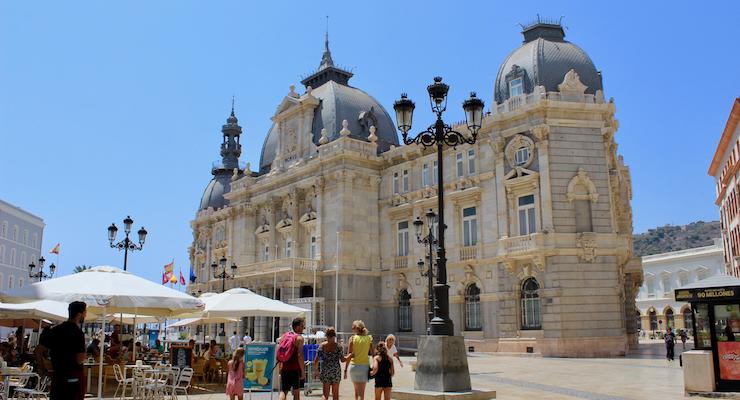 Do you like learning different languages? I’d love to know what you think so do let me know.