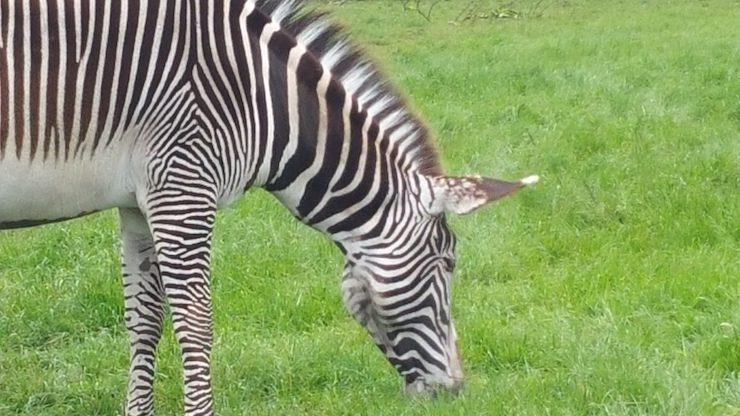 This is a guest post by broadcast journalist and blogger Sharmeen Ziauddin. Sharmeen blogs at BritPakGirl and lives in Surrey with her husband and their three young children. You can find her tweeting as @sharm33n.

Woburn Safari Park is on the historic Woburn Estate in Bedfordshire, around 50 miles north of London. The safari park was established by the 13th Duke of Bedford, and opened in 1970. It is home to some critically endangered species, such as the Rothschild’s giraffe and Amur tiger.

‘Despite the miserable half term weather we had last week, my family and I braved it to Woburn Safari Park. And I’m so glad we did.

The safari park is split into two parts, the road safari and the foot safari. You can do both of these in any order. Most of the big animals like the bears, tigers, giraffes etc are all to be seen by road and the others like kangaroos, lemurs and even the elephants can be seen on foot.

Like most children my three (aged 10, 8 and 3) love animals – but have only ever visited a few zoos. They were really excited as they thought monkeys would climb on our cars. Fortunately for the car they didn’t but we were left slightly disappointed as the monkeys weren’t really in sight as they were hiding up trees. But we did get a wolf stop by our car and sniff around it. The giraffes looked beautiful but were in their pens so didn’t get a good look. The highlight of the Road Safari was definitely the bears. Never having seen bears up so close it was a real treat and we were lucky enough to witness two bears have a bear hug/tussle. Pretty amazing. 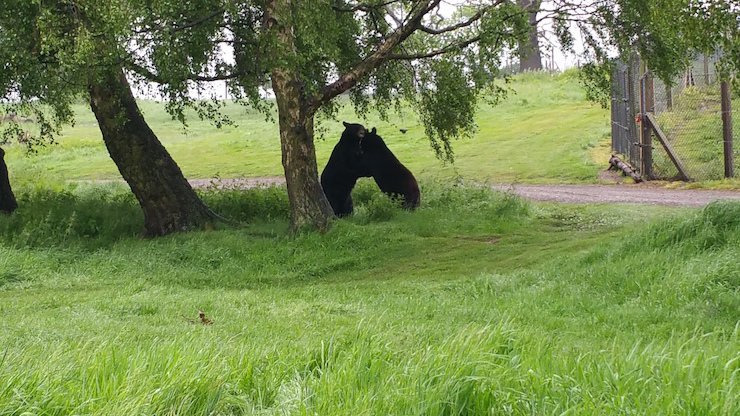 We enjoyed the foot safari aspect of Woburn more as there’s plenty of things to do. Our Upclose Encounter (see below) was booked for 4 o’ clock and I was worried we wouldn’t have much to do but I was pleasantly surprised. There are feeding times and talks every 15-30 mins so there’s no reason to be bored.

Some of the highlights of the foot safari include the elephant encounter where you can touch and stroke an elephant. This was a first for us all: my 3 year-old wouldn’t touch him out of fear but the older two loved it. I think I loved it even more than them.

Another fun experience was with the lemurs where you can walk through the enclosure and if you go at feeding time then you’re guaranteed to see them close up. They happily swing between the walk-through, and you can stand real close and take a photo! The kangaroos are also really fun because there are so many bopping around and we were able to casually roam around in their surroundings. 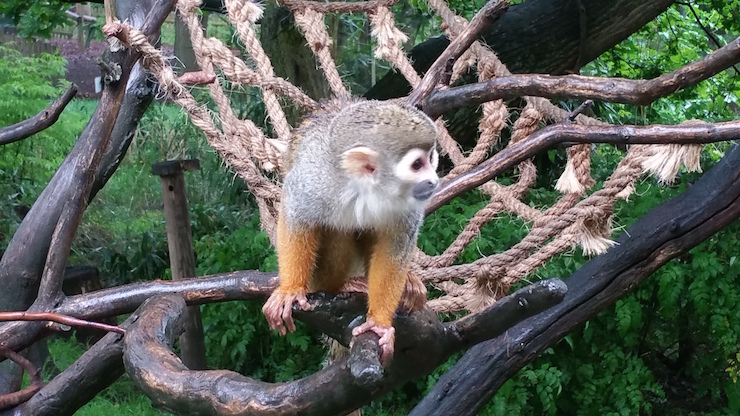 As well as all the animals there is a huge indoor soft play area (with a cafe) which the kids enjoyed immensely. There are three huge slides and it’s a great way for kids to let loose and release all that energy they have. For the slides though kids must be wearing full sleeves and socks or they won’t be allowed on them, quite rightly. Another great activity is the Swan pedal-powered boats on the lake which is really fun for the kids even if they can’t reach the pedals (under-threes not allowed). For under-fives there’s also an enormous outdoor but covered bouncy castle where they can spend as much time as they like as well as a couple of little playgrounds in the grounds. 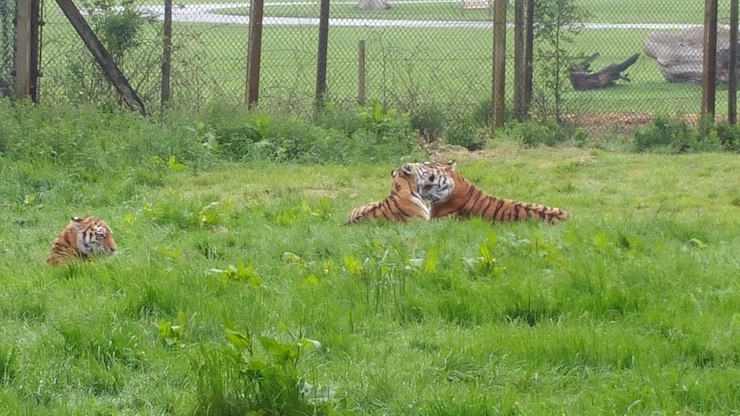 I was expecting the cubs to be small but it turns out that an eight-month old tiger cub is almost as big as its mum. Anyhow we got into a jeep with a lovely park ranger who knew all about the tigers. We slowly drove up to the tiger enclosure and were able to go off the path onto the grass to get a good look. It was lovely to see how the cubs (despite their size) are quite playful and were very close to the Jeep. However, the very clever mother doesn’t like it when anybody gets too close to her babies and was getting a bit irate. Several times we had to drive off a little and sneak back up. The kids loved the fact that ‘we were chased by a tiger’! After the tigers had succeeded in scaring us away, we went to see the giraffes who were thankfully out of their pen, gracefully standing in position for us to take some great photos.

Having driven through the road safari you can park up and have a picnic in the vast designated picnic area. As it was raining, nobody was actually doing this, instead everyone was in the Safari Lodge where you can get hot food from the canteen style restaurant. The hot food was really good and reasonably priced for the venue, the chips delicious. And more importantly the coffee was really good! The canteen sells jacket potatoes, roast chicken and many other items. If it’s a warm day then take your own picnic and spend your cash on ice cream for the kids (£2.50 for a magnum). 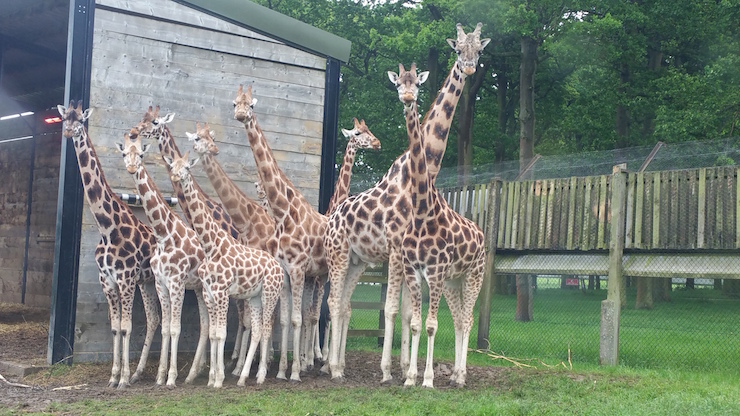 Woburn Safari Park is located in Milton Keynes, off Junction 13 on the M1.

If you buy tickets online, it costs £70.99 for a family of four and £84.99 for a family of five. Ticket prices are per person, not per car like in the good old days! A close up encounter costs £79.99 per person which includes entry to the safari park, and discounts available for each additional person.

Woburn is a fantastic day out for all age groups. My advice would be to go on a warm, dry day as everything is outdoors!’

Disclosure: Sharmeen and her family were guests of Woburn Safari Park for the purposes of this review.